American Blog Obscure Sound has just published an article saying pretty nice things about Autorall and the track “Lust of the Mind”.
Check it out on this direct link:
https://www.obscuresound.com/2018/09/autorall-lust-of-the-mind/
Or, if  you wish, read it right below:

Autorall is an artist from Brazil who excels in a stylistic hybrid of rock and electro, evidenced by the use of guitar and synth arpeggios in his track “Lust of the Mind”.  Santos(Brazil)-based artist Paulo Rocha a.k.a Prox heads the project, his engaging style accompanied by interesting lyrical content. Per Paulo, the track’s lyrics “refer to the paradox of freedom and discipline: men is no more than “a natural-born-thinker mixed with boiling instincts” — the latter a repeating lyric from the track.
On the track’s creative process, Paulo used a mixture of natural playing and technology. “That was an exciting game between me and the computer: I’ve recorded every riff on the bass guitar and then transformed it to midi notes, using a software’s (Ableton Live) feature,” he explains. “Although its pretty advanced high-end algorithm, the software never translates the same as the original, so it responded every time with an interesting similar approach.”

“So I went back and fourth sending these organic-analogue information to the computer and when it digitally sends back to me, I’d take these feedbacks and I started recording it again with the bass guitar, based on what the computer was telling me he understands. At the end of the day, I had a pretty bad ass riff, made by myself and, of course, my digital co-writer binary friend.”

He describes the approach as “an electro-rock blend: synths, grooves, guitars with a bit of an industrial taste.” In that, Autorall succeeds notably.

Check out Autorall’s bio below:

Loaded with drum machines and guitars, the turn of the century found Santos(Brazil)-based artist Paulo Rocha a.k.a Prox begin his fusion of electronica with rock.

Using technology as a catalyst to write electro-organic songs, he created Autorall in 2009, with the goal of making synthesizers and guitars generate, together, a massive energy.

In 2012, Autorall’s first EP ‘Shake The Paranoia’ was released on LBA Records, a label based in Los Angeles, city to which he moved and lived for 2 years, performing at many expressive clubs of the Californian independent scene, such as Silverlake Lounge, Whisky A Go-Go, The Goodhurt, Five Star Bar among others.

On the same year, the EP was nominated for Best Electronic Music Album on the national brazilian award Dynamite Independent Music Award. Autorall was among the Top 5, alongside with renowned artists such as Banda UÓ, Boss in Drama, and Database.

Following on the intense and delightful search for the perfect digital/analog blend – now with its headquarters back in São Paulo – Autorall is been releasing brand new singles on Prox’s own label (Digirock) that mirrors its evolution. 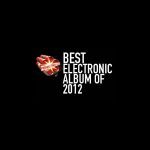 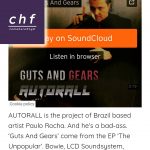